Sleep disturbance is common for those living with Parkinson’s and can include such symptoms as drowsiness, fatigue, anxiety and other mental health problems. According to the Michael J. Fox Foundation, “many people with Parkinson's have trouble falling or staying asleep at night. Sleep problems can arise from Parkinson's motor or non-motor symptoms, medication side effects or other conditions that affect sleep.”1

Dr Chris Dickson, Executive Chairman of Cambridge Sleep Sciences said: “People living with Parkinson’s commonly experience disrupted sleep, and when Parkinson’s Concierge advised us of anecdotal reports that SleepHub® had improved sleep in some of their members, we wanted to explore this further. Parkinson’s Concierge, with their global community of members, made the natural partnership with which to investigate the potential benefits.”

SleepHub® is the result of more than a decade of research and development. Users are helped to achieve quality sleep through scientifically formulated sounds, delivered using a pair of premium speakers, that use specific beats and pulses to modulate sleep patterns.

Parkinson’s Concierge provide support to people affected by Parkinson’s, who live with the condition 365 days a year. There are 147,000 people in the UK with Parkinson’s and 10 million worldwide.

Charlotte Allen and Russ Bradford, Co-Founders of Parkinson’s Concierge, said: “We are very excited by our partnership with Cambridge Sleep Sciences and have high hopes for SleepHub® improving the lives of many people living with Parkinson’s. At Parkinson’s Concierge we always seek out and promote products and services, gadgets, tech and AI solutions which benefit others living with this condition. We are extremely optimistic, having tested SleepHub® for about a month now, that this could in turn have an effect on improving the other symptoms people live with as well for our Global Parkinson’s Community.” 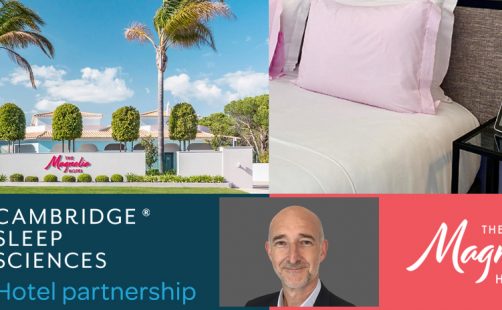 Last summer, we waved farewell to Andy, our Head of Marketing, as he set off on his jollies – I mean, travelled on a very important business trip – to Portugal. He was on a mission to help the guests of The Magnolia Hotel in Quinta do Lago to get some seriously good sleep, by… 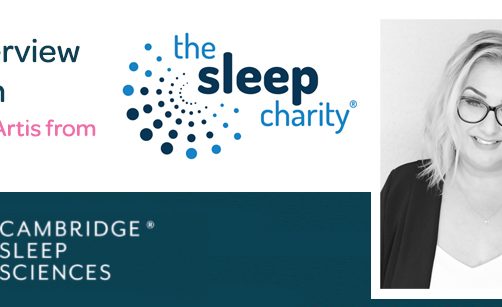 Cambridge Sleep Sciences (CSS) created the unique SleepHub® sound technology to help people improve the quality and quantity of their sleep, and we are not alone in that mission. We got together with Lisa Artis, the deputy CEO of The Sleep Charity in the UK, who gave us a unique window on the current landscape of…

This website uses cookies to improve your experience while you navigate through the website. Out of these, the cookies that are categorized as necessary are stored on your browser as they are essential for the working of basic functionalities of the website. We also use third-party cookies that help us analyze and understand how you use this website. These cookies will be stored in your browser only with your consent. You also have the option to opt-out of these cookies. But opting out of some of these cookies may affect your browsing experience.
Necessary Always Enabled

Performance cookies are used to understand and analyze the key performance indexes of the website which helps in delivering a better user experience for the visitors.

Analytical cookies are used to understand how visitors interact with the website. These cookies help provide information on metrics the number of visitors, bounce rate, traffic source, etc.

Advertisement cookies are used to provide visitors with relevant ads and marketing campaigns. These cookies track visitors across websites and collect information to provide customized ads.

Other uncategorized cookies are those that are being analyzed and have not been classified into a category as yet.